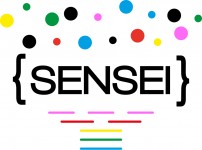 Following the United Kingdom’s decision to leave the European Union on 23 June 2016, the EU-funded SENSEI project has revealed that it accurately predicted the result of the referendum by analysing 6 million social media conversations in the weeks preceding the vote.

The research leading to these results has received funding from the European Union - Seventh Framework Programme (FP7/2007-2013) under grant agreement n° 610916 – SENSEI.